Vanity Anthology Schemes (We’ve All Fallen for One)

In 1998, I was a kid having a rough time. Everything was falling apart. I was miserable at work, hating my job. The only thing I knew to be true was that I wanted to be a poet. Not just any poet, but the next e.e. cummings. Don’t judge harshly. I was listening to way too much Tori Amos.

It was then that I got hooked into a Vanity Anthology Scheme. What is that? It involves a company that holds some sort of contest, usually poetry because you can cram more poems into a book than anything else. They say that they will choose a winner for a monetary prize, highly encouraging poets who send in their work to purchase the book that will come out. The book that will contain specially selected poems, they say. They tell you that not everyone will get in. Only the best.

Here’s the secret. Everyone gets into that book. I found out the hard way by sending in my poem > being thrilled to have been chosen for publication > paying $60 for book > finding out there were thousands of poems in book and book will not be sold to the public.

These companies rake in the money. Getting that crappy anthology and realizing I’d been had, I felt like Ralphie in A Christmas Story when he discovered that Orphan Annie’s secret code was just an advertisement for Ovaltine. A lesson was learned. Looking back, I’m tickled by how excited I was, despite being duped. Sure, it was 60 bucks, but I love having this thing. Behold: It’s all over now. I’ve peaked.

Now that the internet calls out bad behavior, Vanity Anthology Schemes are really a thing of the past. Then a company like Appelley Publishing comes around and makes my day. They’re dangling a $4,000 prize in front of students in grades 3 to 12 and a new computer to the school that has the highest participation. Whatever that means. Way to rope in the young and vulnerable.

According to the Appelley website, contest winners will be posted on April 6. But there are already multiple announcements of students who’ve been chosen for publication in the anthology. This is so that parents have plenty of time to come up with money, because, as Appelley’s publication authorization form makes clear, ordering at least one copy of the anthology ($34.99 plus $5 shipping and handling, an amazing discount from the supposed “publisher’s list” of $69.99) is strongly recommended. And what parent whose child has been honored by inclusion in a national anthology of student poetry wouldn’t want to buy?

So far, it’s a fairly standard vanity anthology scheme. But here’s the twist: teachers can earn cash prizes too!

Last month, a woman named Wisdom (@kordeisdiary) wanted to earn some points for the contest, so she threw together a poem and sent it to Appelley Publishing. Much to her surprise, they wanted it. They wanted it bad. It was a poem about Popeye’s $5 Bonafide Big Box.

A poem about her love for Popeye’s chicken.

coming fast in front of me.

The aroma so thick,

I can just taste the

that is the drive-thru,

Popeyes, what I love so dearly,

This is actually better than any poem I wrote in my 20’s.

We can’t blame Appelley Publishing for sending the following message to Wisdom regarding their enthusiasm: We simply can’t publish every student who writes to us, but in your case, we have decided that we would like to include your poem, ‘Popeyes’ in the Appelley Publishing 2017 Rising Stars Collection.

Here’s the proof that Appelley Publishing is just culling all poems so they can make more money selling the book. I’m not saying it’s a bad poem. I’m saying that most poetry anthologies do not contain sonnets for chicken or other food franchises. Maya Angelou never wrote a love poem about Subway’s $5 footlong. Charles Bukowski never expressed his fondness for McDonald’s dollar menu using verse.

thank you sir, for no onions.

Hey, wait I see one.

This is far and away my favorite literary story at this point in 2018. Wisdom, you go with your bad self and keep writing poems. I want more! As for the rest of the writers out there, be very careful about contests that encourage you to purchase a book filled with contestant entries. Take it from a former bookseller, those anthologies never see the light of day in a bookstore, and you’ll be out money. 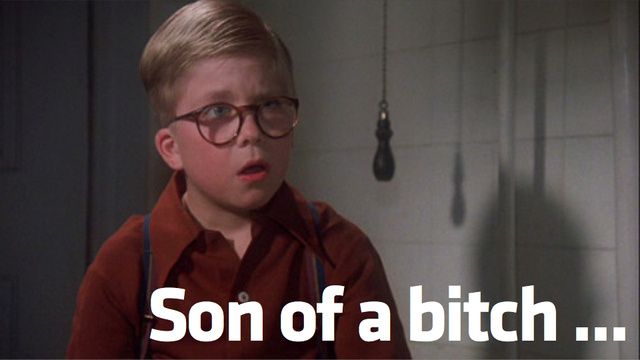 Help for Booksellers Looking for Work